Posted in Movie and Kdrama by
lizflores 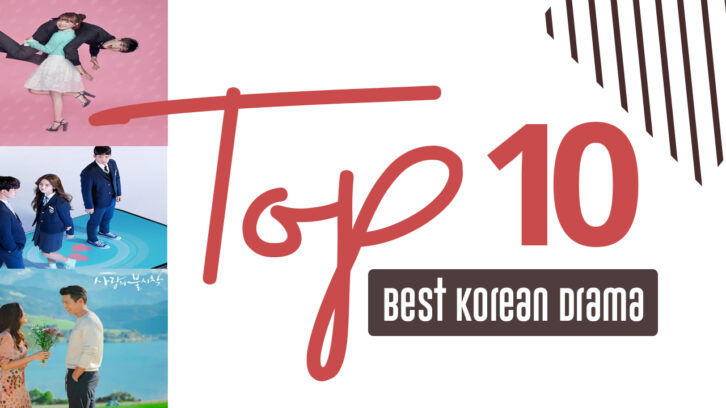 Help you to increase you addiction. this is my Kdrama list. It is a Top 10 must-watch Korean drama! Looking for a light romantic comedy, this is for you.

Crash Landing on You – A paragliding mishap drops a South Korean heiress in North Korea.

Love Alarm – In a world in which an app alerts people if someone in the vicinity likes them, Kim Jojo experiences young love while coping with personal adversities.

Itaewon Class – An ex-con and his friends fight to make their ambitious dreams for their street bar a reality.

Revolutionary Love – A narcissistic, carefree heir gives up his wealth after meeting the girl of his dream.

She Was Pretty – After a complete reversal of fortune and looks, childhood sweethearts reunite for the first time in 15 years as employees at a fashion magazine.

Oh My Venus – Fifteen years breaks up with her for gaining weight, she gets help from an incredibly perfect personal trainer.

Strong Girl Bong-soon – A woman born with superhuman strength is hired by the CEO of a gaming company, to be his bodyguard.

My Girlfriend Is a Gumiho – Mysterious yet very beautiful girl, a wannabe action star discovers that she’s in fact a gumiho: a legendary fox with nine tails.